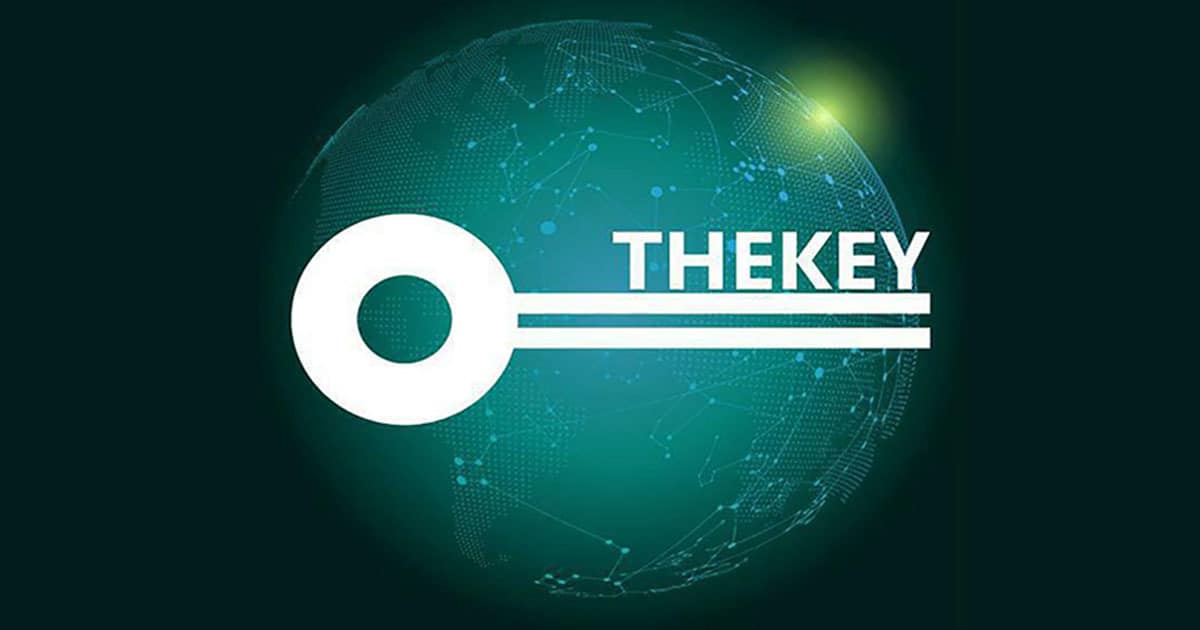 TheKey has not had a good 2018. Its ICO, which began on January 15, 2018, reached its limit within one hour. Yet, many in the crypto-community remain angry at TheKey, with some calling its ICO “the worst ICO of 2018”.

Contents hide
1 What is TheKey?
2 How TheKey Ecosystem Works
2.1 Related Articles:
2.2 Service Providers
2.3 Users
2.4 Validators
2.5 TheKey Token (“TKY”)
3 Sample Use Case
4 The Team behind TheKey
5 TheKey Development Status and Roadmap
6 Limitations of TheKey’s Business Model
6.1 Can TheKey compete against the ‘social reputation’ apps already being developed by the Chinese giants?
6.2 Can it really enforce its patents?
6.3 How long will it take to scale across China, given its size?
6.4 What happens if the Chinese government interferes with the way TheKey operates?
6.5 Will there be cost savings to users when using TheKey?
6.6 What will the validators do with the TKY tokens?
7 TheKey ICO – Sold Out Within One Hour…. But Many People Left Unhappy
8 How Has TheKey Token Performed So Far and Where Can You Trade It?
9 What are the Short Term and Long Term Potentials of TheKey?

Mistakes were made. In this article, we’re going to take a look at the TheKey is all about, how it botched its ICO, and what comes after.

TheKey is a blockchain-based identity verification (“IDV”) system that is launching in China. It is built on the NEO platform, referred to by some as the ‘Ethereum of China.’

The idea behind it is to provide an IDV platform that allows service providers to access and verify a user’s identity (with the user’s permission) and provide the relevant services based on that. TheKey is also linked with governmental entities, which already hold much of the relevant Personal Identification Information (“PII”).

First, let’s look at the three main roles on the TheKey ecosystem: Users, Service Providers, and Validators, as well as the role of the TheKey token. You can also refer to TheKey’s whitepaper here.

Users are the individual people who use TheKey to verify their identity to receive various services. Currently, these all comprise of Chinese citizens. When the service providers initiate the IDV request, the users will have to give consent.

In TheKey ecosystem, users do not upload their own PII to the network. The identity information is obtained from ‘trusted sources’ such as government entities. This is to avoid issues of fraud and misrepresentation.

To better understand how TheKey ecosystem works, let’s look at a sample use case. In this example, a user living in Beijing wants to buy medical insurance in Singapore. Here’s how it would work using TheKey.

The Team behind TheKey

TheKey recently moved its headquarters to Singapore, however, all of its core members are foreign-educated Chinese nationals. Given the level of government cooperation required to make this project successful, it isn’t surprising that a China-focused project will comprise Chinese nationals.

The first generation solution is already in use in two cities in China for mobile social insurance, meaning that users can receive their pension or healthcare insurance reimbursements. The team is deploying this first generation solution in another 41 cities, covering over 130 million people. To form the PII database, data of 210 million people spanning 66 cites have also been authenticated by the relevant government authorities and is connected on a real-time basis to the platform, forming a solid base for future development.

Finally, TheKey also notes that it has obtained 23 copyrights and has 15 accepted patents from China’s State Intellectual Property Office. Commercial contracts have been signed, and six national laboratories in collaboration with government agencies, banks, and insurance companies have been set up.

The second-generation BDMI solution is scheduled to be fully developed by the end of the year, with the testnet version ready by June and the mainnet launched in December.

So far, TheKey’s business model seems to be very connected to the Chinese government and state-run corporations. This raises questions of whether TheKey will be able to expand anywhere outside China or other centrally-managed countries.

However, even if TheKey’s success was limited only to China, this doesn’t mean that the project will be unsuccessful. After all, China does have almost 1.4 billion citizens. But even just focusing on the Chinese market, some questions have yet to be answered.

Here are a few of them.

Can TheKey compete against the ‘social reputation’ apps already being developed by the Chinese giants?

You might have heard the news a couple of years ago about China’s social credit system. At this stage, the project is being tested by the Chinese giants – Alibaba and Tencent. Identity verification technology would be a beneficial integration into the social credit system, which will become mandatory for Chinese citizens beginning 2020.

Fortunately, TheKey lists Ant Financial, the financial wing of Alibaba that is also involved in the abovementioned social credit system, as one of its partners. If TheKey can maintain its partnership with them, it would be a major boost for the project. But if the partnership falls apart and TheKey has to compete against the giants by itself, its future is in question.

Can it really enforce its patents?

Despite the fact that TheKey has 15 patents and 23 copyrights, protection and enforcement of intellectual property rights aren’t China’s strong suit.

How long will it take to scale across China, given its size?

One part of TheKey’s protocol involves standardizing the PII data. Given the scale of China, both in size and population, how long will it take for TheKey to scale?

What happens if the Chinese government interferes with the way TheKey operates?

Without governmental support, the whole project is dead in the water. If TheKey decides not to tow the governmental line, especially in regards to privacy and anonymity, which is a major part of the appeal of the blockchain, what will happen then? Will TheKey eventually become a blockchain-based mass surveillance technology?

Will there be cost savings to users when using TheKey?

For users to want to use TheKey, there must be some incentive. As of now, it is unclear whether there will be any cost savings passed to customers as a result of this identity verification technology. Given the project’s focus on China, however, if the project is successful, it may very well be due to the Chinese government simply making it mandatory to use the technology for various services, especially government-linked ones.

What will the validators do with the TKY tokens?

The validators in TheKey ecosystem are the government and other large entities. Would these validators have much use for the TKY token?

TheKey ICO – Sold Out Within One Hour…. But Many People Left Unhappy

TheKey’s ICO on January 15, 2018, sold out within an hour, yet many were left disappointed. Here is a list of reasons why.

How Has TheKey Token Performed So Far and Where Can You Trade It?

Since its debut on Kucoin, the price has appreciated by about 4%. However, this is still 20% below the ICO price. Given the negative publicity surrounding TheKey post-ICO, it is not too surprising that the TKY token has underperformed in the short term.

What are the Short Term and Long Term Potentials of TheKey?

Over the short-term, TheKey appears to be still recovering from the negative publicity arising from its botched ICO. However, in the long-term, despite some limitations and questions that its business model poses, TheKey still appears promising. Key to its success is the support of the Chinese government as well as its partnerships with major corporates such as Ant Financial. As long as this support is maintained, TheKey’s long-term prospects still look good.

What do you think of TheKey? Will it eventually be subsumed into the Chinese government’s agenda or can it stand out on its own? Let us know in the comments below.