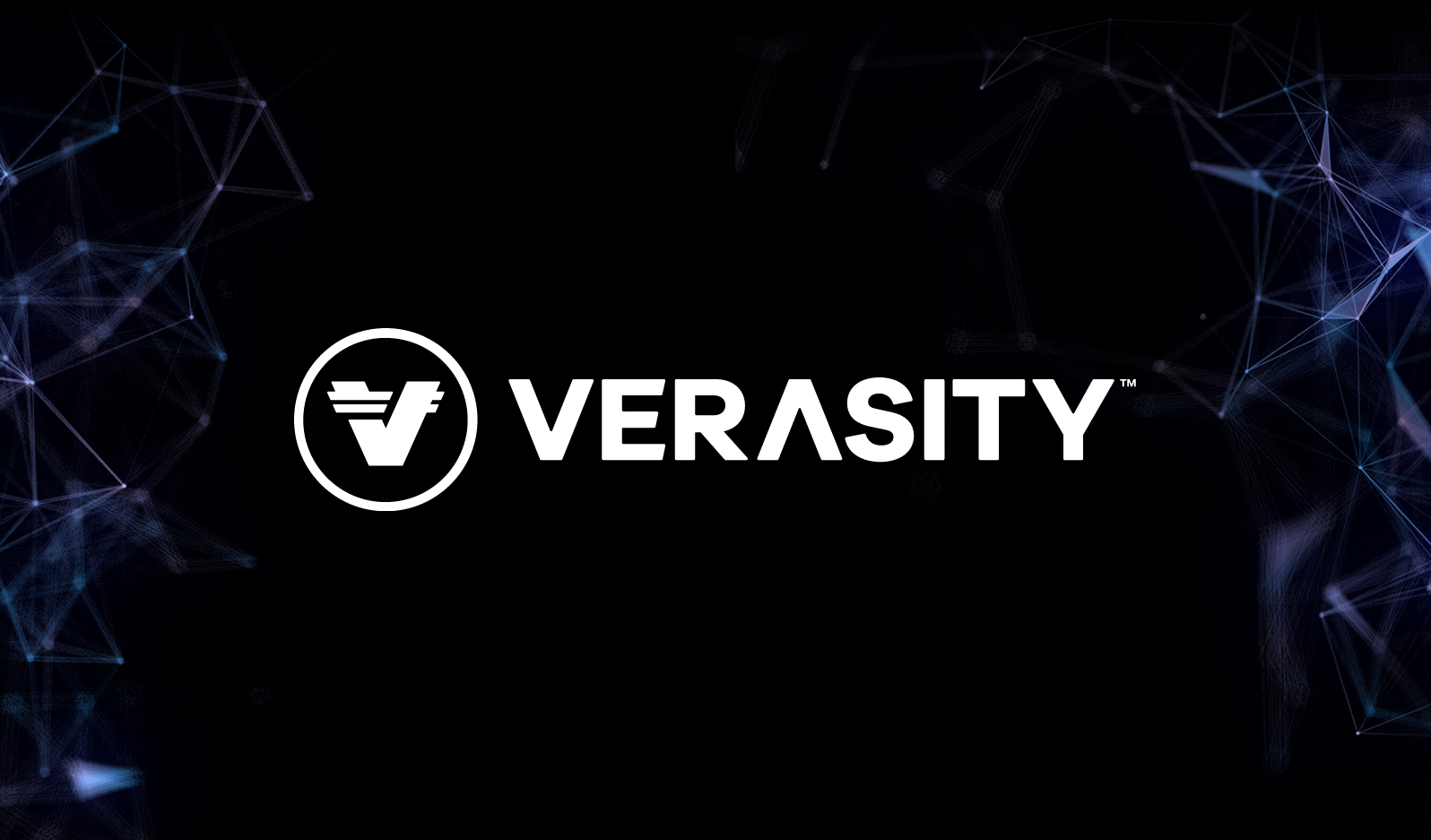 Verasity is a video sharing platform that aims to disrupt the status quo and bring the best of the centralized and decentralized worlds together. However, this project has much more to offer than simple video sharing; what sets it apart from the rest is its innovative economic model which puts the viewer first, yet allows content creators and advertisers to benefit as well.

Right now, there isn’t much hype behind this project, as the company has yet to begin its marketing efforts. However, its private sale is currently live until Apr 30, which will be followed by a public pre-sale till May 31 (25% discount) then a public sale till June 30. As we move closer to these dates, expect to hear much more about this project.

In the meantime, let’s take a look at what Verasity is offering and how it intends to disrupt the video-sharing status quo.

The Current State of the Video Sharing Economy

Online video is big business. Cisco estimates that by 2021, video traffic will account for 82% of all consumer traffic. In 2016, this figure was already 73%. YouTube itself is estimated to be worth at least $75 billion.

Yet, there are inefficiencies within the current video sharing business model that Verasity is looking to exploit. The rise of ad blocking software is one example. According to ad blocking authority PageFair, 615 million devices use ad blocking software; a 30% increase. And that was back in 2016!

Second, because sites like YouTube rely on advertising revenue to survive and pay their content creators, advertisers exert an increasing amount of control over the content. The YouTube ‘Adpocalypse’ as it has been dubbed, saw many content creators take a massive hit to their earnings. This has led to a rise in third-party revenue alternatives such as audience donations (e.g., Patreon) and sponsored videos. Viewers, especially those who prefer to watch content that might not be deemed ‘advertiser-friendly,’ also lose out in this situation.

Third, because content creators are primarily compensated based on the number of views, unethical practices can emerge as they chase viewing numbers. The most common of these are purchased views, in which bots (or other methods) are used to inflate view count numbers artificially. A quick Google search of ‘buy YouTube views’ will give you dozens if not hundreds of options.

Ultimately, as a centralized platform, it is answerable to its shareholders, not the viewers. The viewers are simply there to be monetized. Verasity wants to change all that, and put viewers at the forefront while also maintaining a viable economic model.

Let’s begin by identifying the three major participants in the Verasity ecosystem and their respective roles. One important thing to note about this whole system is that it involves a lot of ‘microtransactions’ between all the participants. Because traditional websites don’t allow for efficient microtransactions, a blockchain solution presents the best alternative.

Viewers can earn VERA tokens by watching content, opting in to view ads, or as payouts from investing in a content creator’s channel via the Sparks Marketplace. Verasity may add further monetization options for viewers as development progresses.

One of the strengths of Verasity is the number of ways content creators have for monetization. Monetization options available are:

By providing content creators with a diverse array of monetization methods, Verasity intends to give them more freedom to produce the kind of content that resonates with their particular audiences.

Advertisers must pay viewers to watch their ads. They get an increased ROI on their ad spend through Verasity’s ‘Proof of View’ technology, which uses the blockchain to ensure accurate, secure, and auditable audience metrics. For example, this technology does not count ‘parallel viewing’ time i.e., only 60 minutes of content can be watched per hour.

This PoV technology is an essential part of Verasity’s business model because it allows the platform to assign a more accurate value to content. It is publicly auditable, which increases the trust of participants who rely on such metrics. Verasity has filed a patent application related to this technology, which is also GDPR and PCI DSS compliant.

As a platform, Verasity is comprised of four components. They are:

Verasity is a white label version of an existing online video platform. This means that the Verasity video player was purchased off the market; the company did not have to develop it. As such, it is a ‘tested’ product, with Verasity claiming that the technology has already been proven to power 8 petabytes of data per month (1 PB = 1,048,576 GB). This scale is achieved by Verasity partnering with Akamai, one of the world’s top CDN (Content Delivery Network) providers.

The player is also adapted for mobile screens and is fully HD ready (although the whitepaper only notes 1080p/60fps, which isn’t that much these days).

The blockchain will be used to store all the non-video data such as the record of all microtransactions and the various smart contracts. With a view toward long-term scalability, Verasity has opted to use the Graphene blockchain.

This open source blockchain technology was first used on the BitShares platform and is now used on other major blockchain projects such as Steemit and EOS. Its transaction speed is said to reach ~3,300 per second (note that this was on the BitShares testnet platform). However, its creators claim that it can reach 10,000 to 100,000 transactions per second. Key to achieving these speeds is its Delegated Proof of Stake consensus mechanism.

The content management layer that forms the interface participants use to interact with the platform. Verasity claims that this layer has already been developed and will include features such as analytics, recommendation, and content moderation. Content moderation will begin at a more centralized administrative level while gradually shifting to a user-based moderation system.

This is the component that gives the Verasity platform one of its most unique features, the Spark Marketplace. As mentioned, this is where participants will be able to ‘invest’ in a content creator’s channel by buying VeraSparks. VeraSparks can also be traded among participants for a profit. Each channel is assigned a value based on an algorithm that factors in view count (based on PoV tech), revenue stream, and recommendations.

The VERA Token and the Veracity Economy

As the currency of the Veracity economy, the VERA token will be used to facilitate all the types of transactions described in the previous sections. Volatility management of the VERA token is essential to the sustainability of the Verasity economy. After all, no one wants to use an asset that fluctuates so wildly in value as a unit of currency.

Verasity employs techniques to manage volatility and incentivize long-term holding of the Vera token. They are:

Verasity has also engaged the Center for Cryptoeconomics, a blockchain economic research service, to do a study on its economic model. You can find this economic paper here.

While the white label components of Verasity’s infrastructure are ready to go, the other parts are still in development. After its token sale, Verasity plans to release its blockchain and wallet in Q3 2018. Verasity targets its beta platform to launch in the fourth quarter, with a full release sometime in 2019.

You can read more about Verasity’s token sale here.

What are the Short Term and Long Term Potentials of Verasity?

As Verasity has yet to begin strong marketing efforts, it is hard to predict how its ICO and token will perform in the short run. However, its Telegram group has already reached over 25k members, which is decent, meaning that we may soon see a ramp up in buzz around this project. Another thing that Verasity has going for it is that it has pledged to follow the Sustainable ICO Protocol, a new initiative, and methodology to ensure sustainable, secure, and prosperous ICOs.

Over the long term, Verasity’s unique business model makes it stand out from the pack. Its core advantages are its scalable and proprietary blockchain, Proof of View technology, and multiple monetization options for content creators. While it is far too early to make an accurate prediction of how this project will do, Verasity is a promising project in a market space that is primed for change.

What do you think of Verasity? Can it succeed in the long run and become a major video sharing platform? How do you think its upcoming ICO will do? Let us know your views in the comments below.