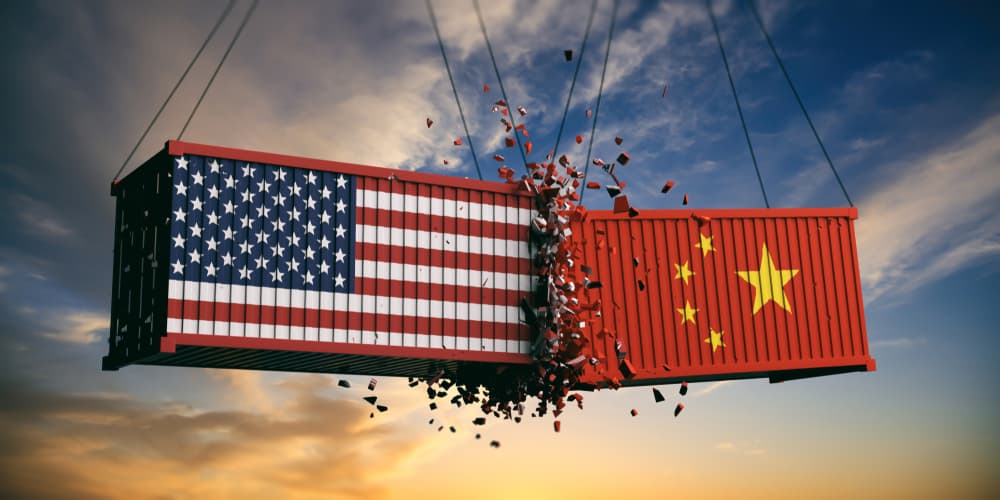 Was Bitcoin’s recent rally past $8K actually a spillover effect from the ongoing US-China trade war? Of course, any conclusion along those lines can be somewhat speculative in nature. However, a growing number of experts, including many industry insiders, seem to believe this was precisely the case.

They think there is enough substance to back the theory that the uncertainties looming over the mainstream financial avenues might have boosted Bitcoin’s charm as a hedge.

Earlier this month, Blokt covered how Bitcoin has so far been the best-performing major asset of 2019. Now it looks like the highest-valued cryptocurrency in the world could retain that title for the foreseeable future. More so now than ever that the trade war between the two major global economies has triggered jitters in the investors’ community. Especially when it comes to equities and forex markets.

This is apparent from the prevailing trend that has witnessed stocks and Renminbi, China’s official fiat, shedding market value by notable margins.

Barry Silbert, CEO, and founder of Digital Currency Group (DCG) happens to be among the many industry insiders who are convinced that President Trump’s aggressive stance on the trade war against China is fueling Bitcoin’s growth.

In his recent interview with Fortune’s Balancing The Ledger, Silbert pointed out that the sharp spike in Bitcoin price over the past couple of weeks started shortly after the setback in U.S-China trade talks earlier this month.

“It’s certainly interesting that the [Bitcoin] price started its acceleration, moving up and to the right, when the trade discussions broke down.”

Calling Bitcoin a “non-correlated asset,” the DCG CEO explained that Bitcoin is living up to the general expectations of being an asset that is relatively immune from the turmoils in the global economy.

He cited two examples of how Bitcoin sailed smoothly during two of the major events in recent times that threatened the stability of the global financial sector:

According to him, Bitcoin may outshine other traditional assets such as gold in the event a major economic crisis hits the world in the foreseeable future.

Silbert explained his take on the issue by pointing out that central banks in the US and elsewhere have focused heavily on hoarding gold over the recent years. And in the wake of a major slowdown, this hoarded gold will most likely be among the first to be sold.

“It doesn’t mean necessarily that the money will move into Bitcoin, but it just means that you don’t have the forced pressure of people selling the Bitcoin.”

Garrick Hileman, a researcher at the London School of Economics and the head researcher of Blockchain.com, seems to have more or less a similar stand on the purported link between the US-China trade war and the recent Bitcoin rally.

Hileman noted that he, along with his fellow researchers, have noticed a strong correlation between the downward trend in RMB’s value and the recent spike in BTC price. Acknowledging that there is not enough evidence yet to empirically back this assessment, Hileman pointed out it’s not the first time they have witnessed “significant increases in the value of bitcoin taking place alongside yuan [RMB] concerns,” SCMP reports.

According to him, Bitcoin is solidifying its position as a sort-of “Digital Gold” — one that a growing number of investors are turning to “as a hedge against various macroeconomic risks.”