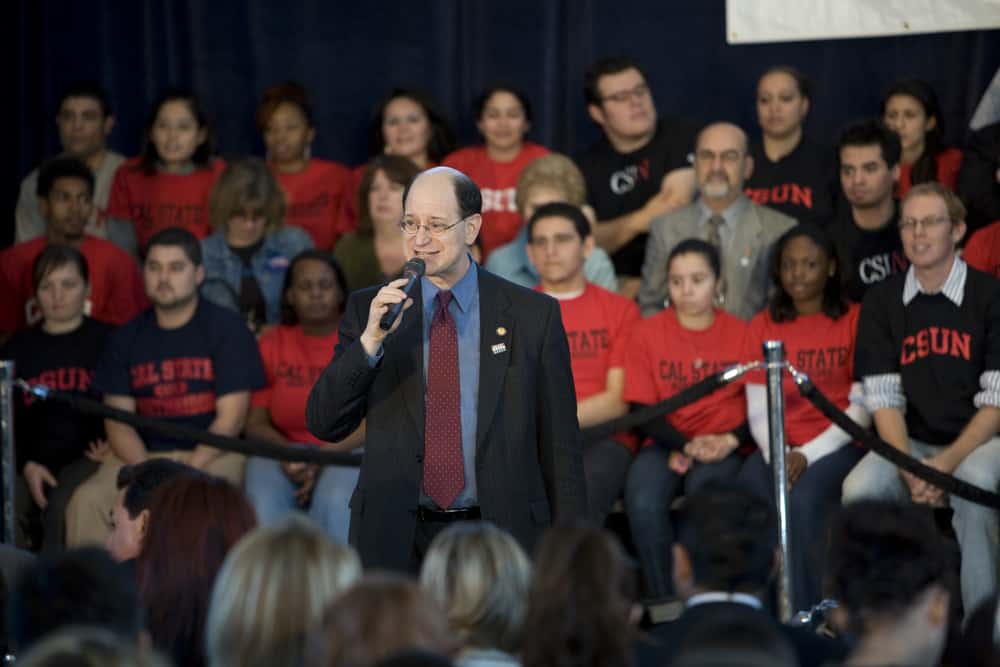 Bradley James Sherman, a Democratic Representative from California, is urging the other Congressmen to join him and work towards outlawing cryptocurrencies in the United States.

He is seeking a bill that would stop US citizens from purchasing or dealing with cryptocurrencies, due to the potential threat it poses to the US Dollar as the sovereign currency of the world.

Cryptocurrencies Should Be Outlawed in the US

Brad Sherman, a Congressman, known for his stance against cryptocurrencies has come out to solicit the support of his colleagues in introducing a bill that would ban cryptocurrency in the United States.

In a video posted on Twitter by a cryptocurrency education group, Coin Center, Sherman pointed out that much of the power enjoyed by the US comes from the fact that its currency, the US Dollar is the standard unit for international finance and transactions.

Today in Congress Rep. Sherman called for a bill to ban all cryptocurrencies.

This is why Coin Center is needed in DC now more than ever. pic.twitter.com/jgikm7z8bI

However, cryptocurrencies would take that power away from the US, putting them in a situation where some significant sanctions like that of Iran would become irrelevant, Sherman added. The Congressman pointed out that whether it is to disempower the country’s foreign policy, its tax collection enforcement or its traditional law enforcement, the purpose of cryptocurrencies is to take power away from the United States and the rule of law.

This isn’t the first time Sherman is criticizing cryptocurrencies. In March and July last year, the Congressman talked about the role of cryptocurrencies in aiding money laundering, drug dealing, and other criminal activities. Back then, he stated that it is the role of the US Dollar in the international financial system that brought Iran to the negotiation table.

Some popular figures within the cryptocurrency space have come out to criticize Sherman’s opinion. Charles Hoskinson, the co-founder of both Ethereum and IOHK, the company behind Cardano, reacted to Sherman’s speech, tagging it as disgusting and pathetic.

Anthony Pompliano, the co-founder and partner at Morgan Creek Digital, believes it is time that lifelong politicians are outlawed instead. Pompliano pointed out that Sherman has been in office for 22 years, which is twice the number of years Bitcoin has existed. However, he believes that Bitcoin will be around long after Sherman.

He has been in office for 22 straight years. More than twice as long as Bitcoin has existed. Maybe we should outlaw lifelong politicians?!

Thankfully, Bitcoin will be around long after Mr. Sherman 🙂 pic.twitter.com/T5RSBltX3W

Cryptocurrency analyst, Joseph Young, meanwhile doesn’t think the argument that cryptocurrencies affect the power of the US Dollar in the global financial landscape is valid at this point. Bitcoin doesn’t have the liquidity to challenge the US Dollar at the international stage yet since its market cap is roughly $100 billion compared to Gold’s $8 trillion market cap.

I don't think the argument that crypto (like bitcoin) affects the power of USD as the standard unit in the global financial system is sound as of now.

The market capitalization of bitcoin is ~$100 billion. Gold in comparison is ~$8 trillion.https://t.co/k9w5WXYkTW

If the United States bans its citizens from buying and trading cryptocurrencies, then it would affect the entire crypto space. The country has one of the most active crypto communities in the world. Blokt reported last month that the US leads the way in terms of the average number of monthly visits to cryptocurrency exchanges. It has 22 million monthly visits to the leading 100 cryptocurrency exchanges, a figure that far outstripped the 6.1 million recorded by second-placed Japan.