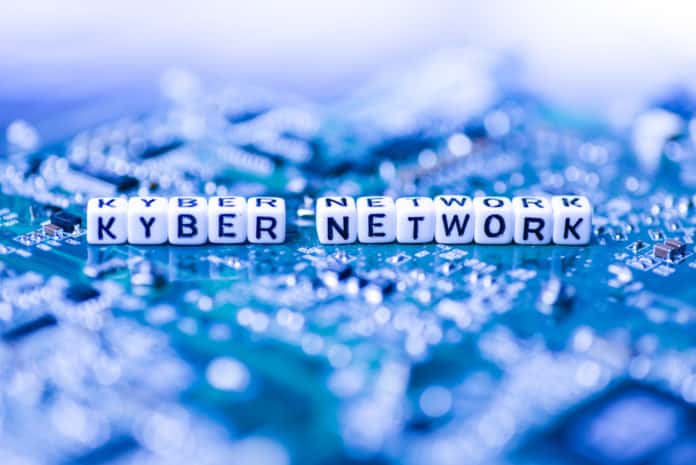 Kyber Network, an on-chain liquidity provider that enables decentralized token swaps, announced today on Twitter that it will be delisting 17 tokens “due to inactivity or token migrations.” Kyber also published a ‘Token Delisting’ article on its blog which explains the factors and processes involved.

Contents hide
1 Related Articles:
2 Kyber’s Reasons For Delisting
3 Kyber Remains One of the Top Ethereum DApps
4 Kyber Network is More Than a DEX
5 KNC Token Is Trading Flat This Year

They might be listed again with additional liquidity providers.

The 17 tokens to be delisted from Kyber Network are:

In its blog post, Kyber Network explained two factors that can cause a delisting. The first being if all of the reserves on Kyber stop supporting a token due to a lack of inventory or other reasons. Therefore, there would be no liquidity to allow token swaps.

The second factor is if a token migrates to another blockchain, and is no longer an ERC20 token.

Kyber stated that it will continue to seek new liquidity providers and that it’s possible for delisted tokens to be listed again.

Kyber Remains One of the Top Ethereum DApps

Data from DappRadar shows that Kyber ranks 5th by 7-day volume, with its 7-day volume currently at $1.8 million. Nest, a decentralized digital asset lending platform, currently takes the top spot with a 7-day volume of £31.9 million.

Jon Jordan, the Communications Director at DappRadar, stated that volume is generally the most important metric to use when ranking decentralized finance (DeFi) DApps like Kyber and Nest.

At the start of this year, Blokt also published an article on ‘The Most Popular Ethereum Dapps’ which looked at the number of users per 24 hours, where Kyber also ranked among the top 10.

Kyber Network is More Than a DEX

Kyber Network is often thought of as a decentralized exchange (DEX), but it is actually a DeFi platform that enables seamless token swaps. The Kyber liquidity protocol can be utilized by developers to power instant token exchanges within any decentralized application. This includes decentralized wallets, websites, and applications.

Kyber highlights on its website that it can be used with applications such as Coinbase Wallet, ENJIN Wallet, Decentraland, Totle, Uniswap, and many others.

Kyber recently retweeted an article from littleboy, a writer at publish0x which clears up these misconceptions:

I just published the article, "Kyber Network is not just a DEX, it is a DeFi platform"https://t.co/XIrLl8lsDU

Kyber Network Crystal (KNC) is the native token of Kyber Network. It’s an integral part of Kyber Network and is used by participants to pay network fees, for commissions & referral fees, and facilitates the “smooth operation of the reserves system in Kyber’s liquidity network.”

KNC was sold during the Kyber Network token sale which ended 16 September 2017. The equivalent of $52,000,000 worth of ETH at the time was raised. It can now be bought and sold at many major exchanges including Binance and Huobi Global, and of course using Kyber Network or Kyber Swap.

One KNC token is currently worth $0.1735, which is 7% higher than what it was on the first day of 2019. KNC did briefly hit a high of $0.42 in June of 2019, which was an increase of 160% from the start of the year. While KNC has provided some opportunities for nimble investors to profit from this year, as it stands, its year-to-date gains currently remain relatively flat.